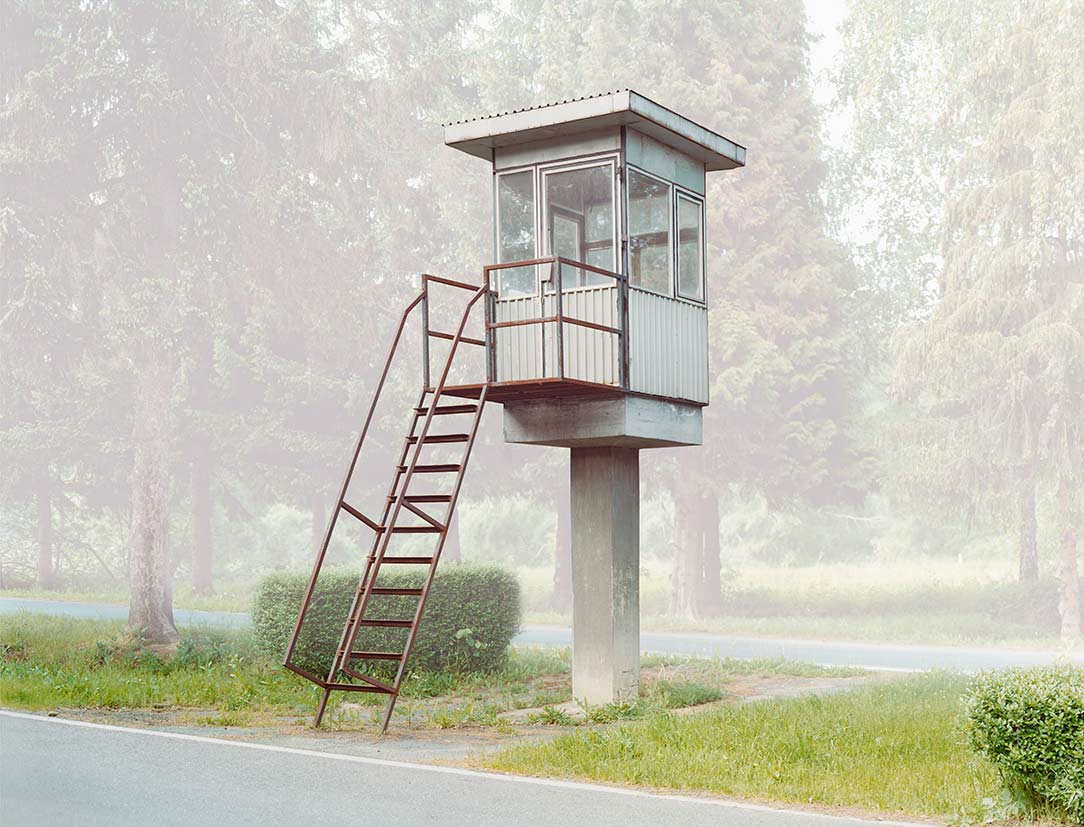 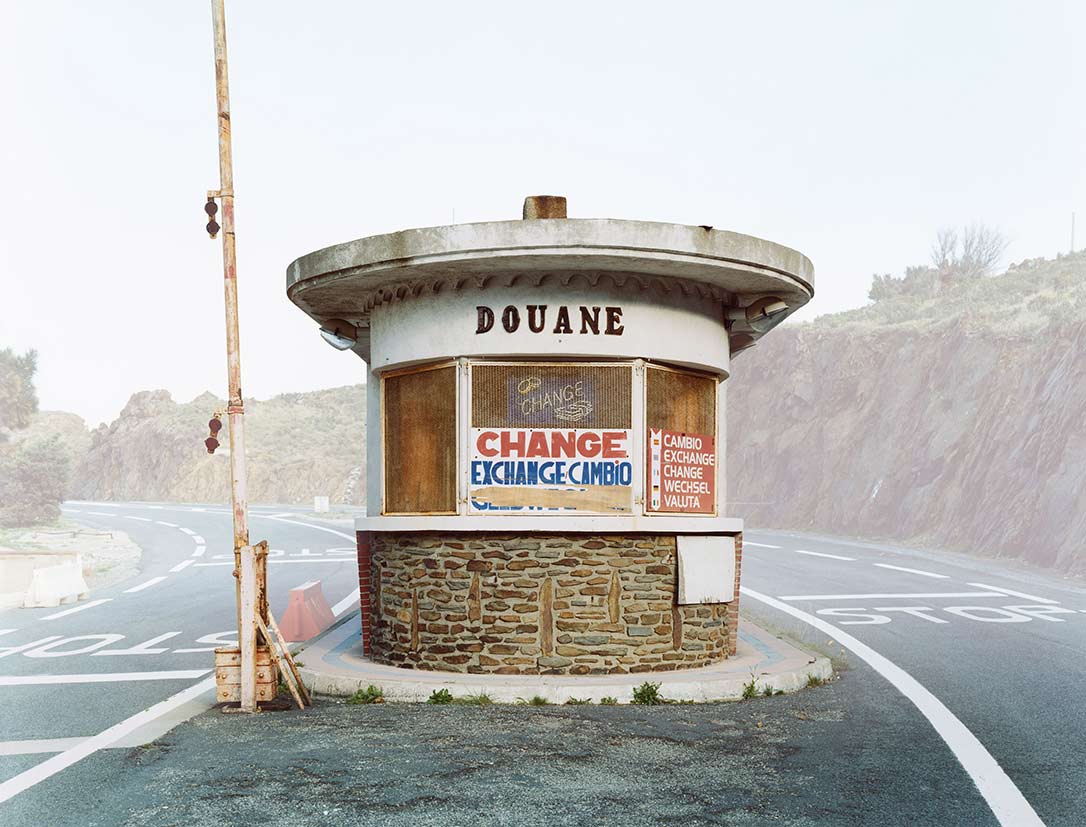 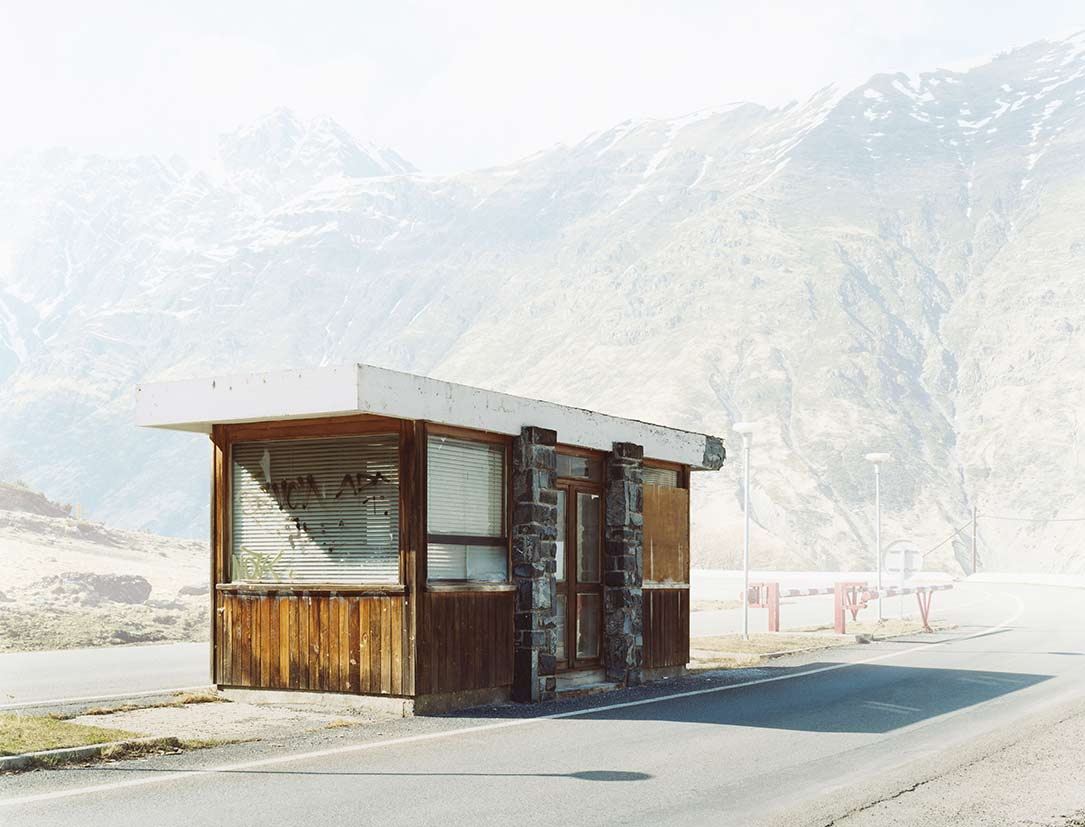 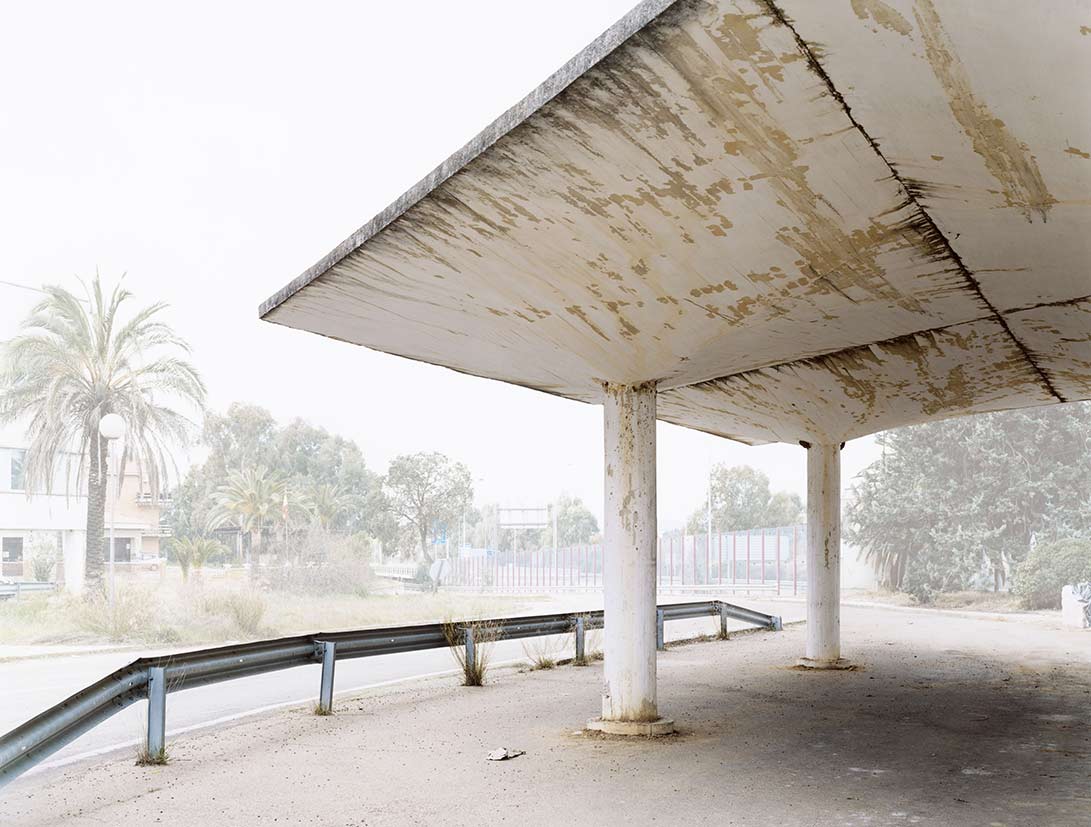 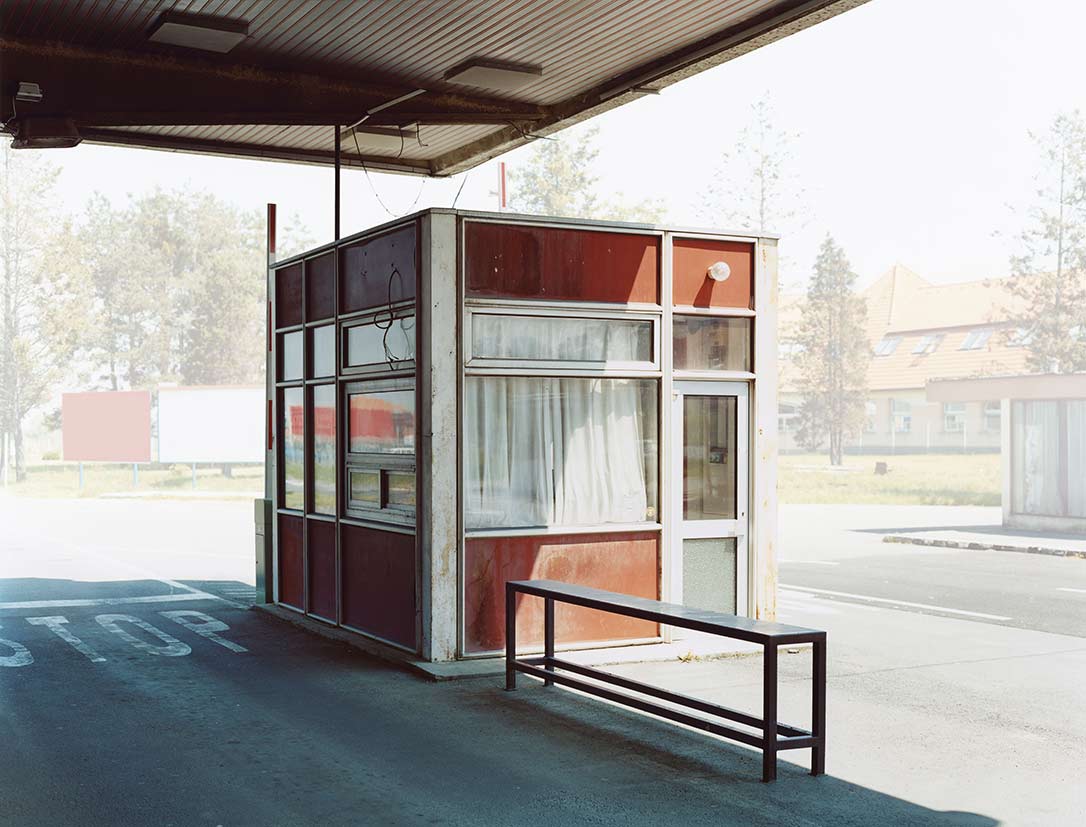 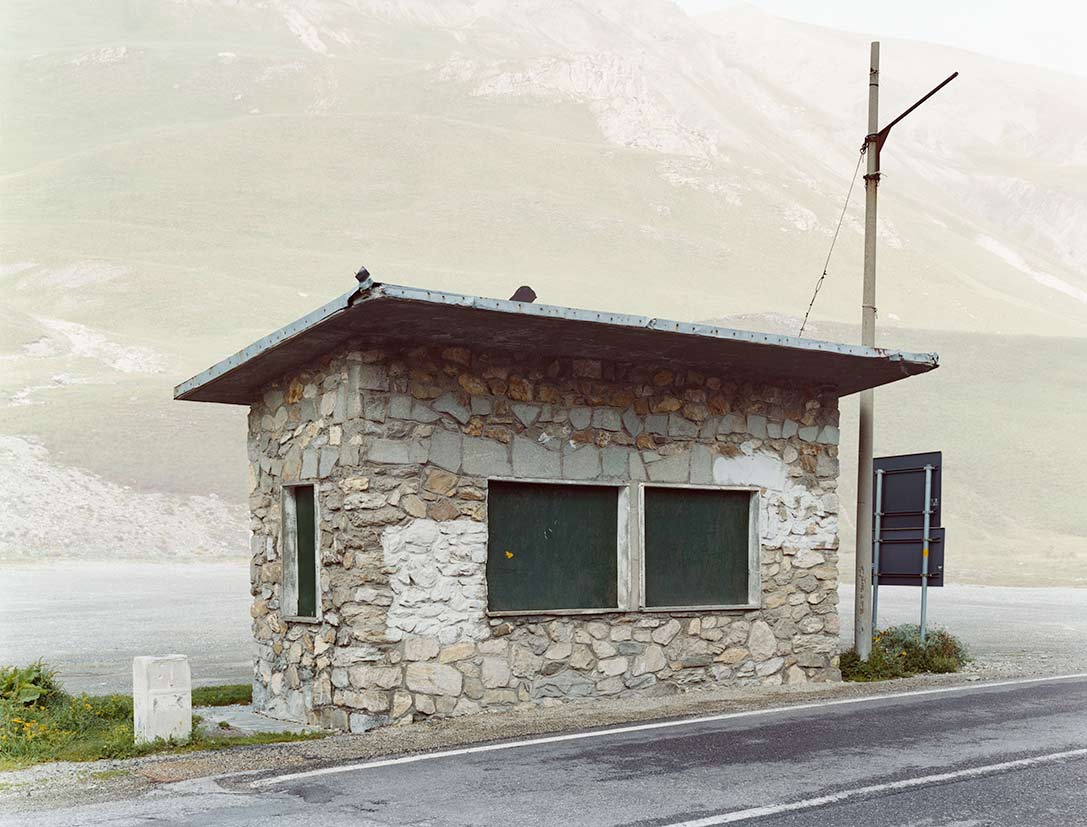 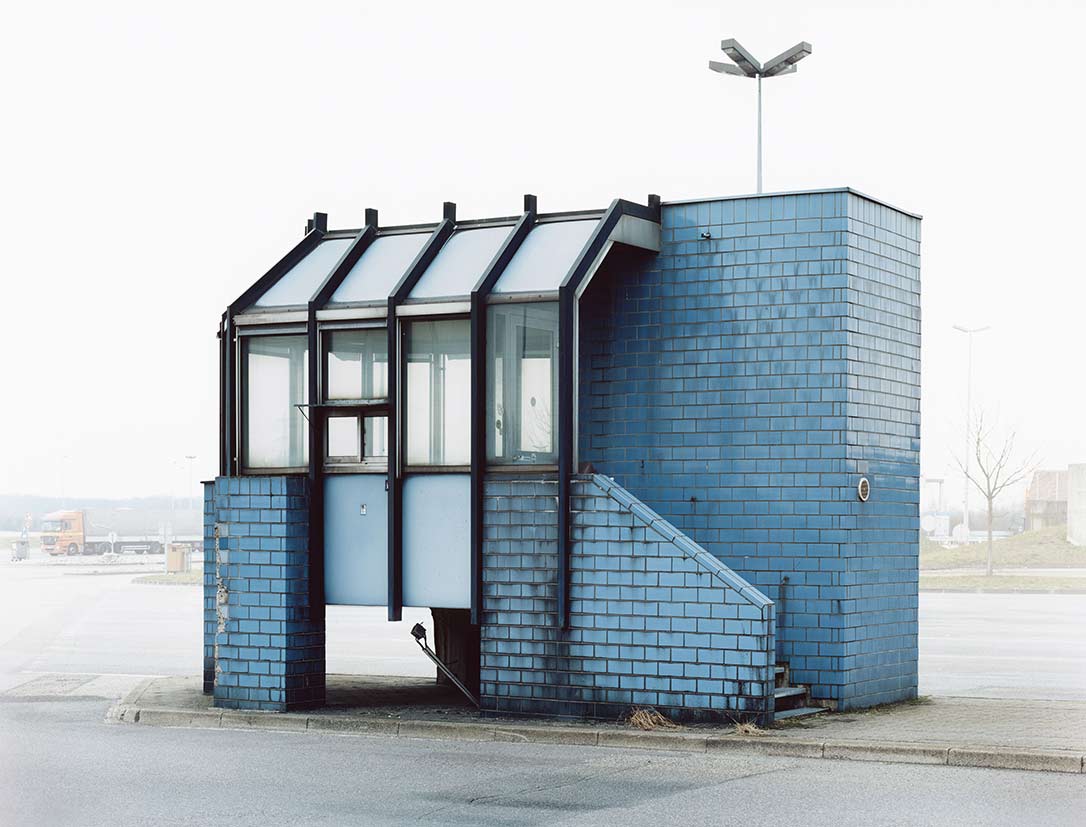 The theme of Josef Schulz’ work is that of former border stations at inner-European frontiers. Landscape contexts are no longer recognizable. Border landscapes become unspecific and exchangeable. Documentary-style sequencing and de-contextualisation reduce the border posts to a model. Architectural perceptions and period trends in individual countries become apparent. The border posts resemble abandoned sentinels or faded monuments of past partition:

“They will remind us of what has yet to be achieved, recalling that they could one day easily be returned to their previous function,” Josef Schulz says, and continues: “In the past, national borders were divisive by character. In some cases their purpose was to delineate between political, legal, fiscal and monetary systems, in others between linguistic and cultural differences. Borders were lines, drawn not only across territories but also through our heads. Thus, anything that was different, incomprehensible or irritating belonged in its very own physically defined space.”

“In present-day Europe, internal borders are losing their political and economical function of demarcation. But border posts are much easier to abolish than mental barriers, and thus we continue to be conscious of former borders. Cultural divides which continue to exist are not necessarily perceived as negative, but for many of us the geographical enlargement of the EU and its present size are almost impossible to fathom. The long-term repercussions of an externally functional unit that at the same time is culturally and conceptually torn apart are not assessable as yet.” The abandoned border stations seem quite harmless today – but they will continue to conjure up unsettling images in the minds of many Europeans for many years to come.